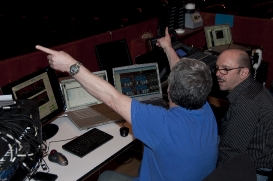 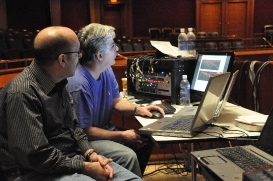 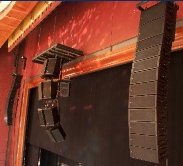 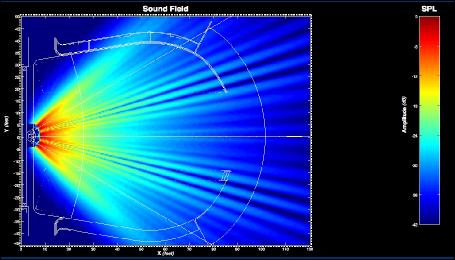 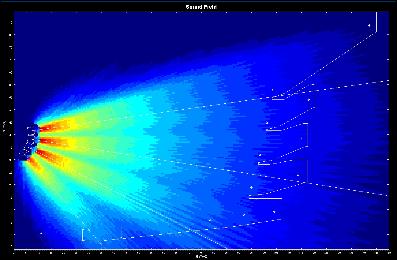 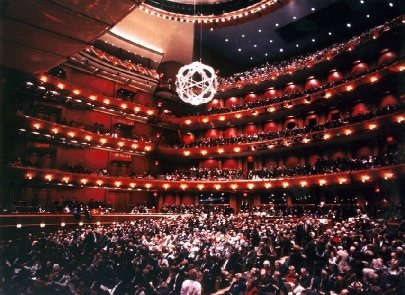 We realized that most Broadway Touring sound systems would not be capable, on their own, of covering the entire room at uniform sound pressure levels, and that a carefully designed and optimized in-House Loudspeaker System would be required.

NJPAC already owned a number of Meyer self-powered loudspeakers, so we recommended that this inventory form the basis of a new Center Loudspeaker System intended to guarantee 100% coverage of the Hall.

We approached the design as we would for a Broadway Show, using predictive software-- in this case Meyer’s MAPP program, to model the Hall and then choose, locate & orient the loudspeaker components required to cover it in optimal fashion. The existing loudspeaker signal processing equipment was outdated, so we chose new equipment and configured it to give us control over the gain, delay and equalization for each cabinet in the system.

Prudential Hall’s acoustics are naturally lively in order to make the most of unamplified orchestral music, and feature a variety of adjustable acoustics elements deployable in support of Symphony, Opera & amplified Popular Music, Musical Theatre, and Spoken Word performances & events.

With the Hall in “Amplified” mode, absorptive fabric banners cover about 80% of the interior wall surfaces, significantly reducing mid-frequency reverb time, but Prudential remains a very efficient natural amplifier, and would never be characterized as “Dry”.

5 levels of 180° wrap-around seating make this big room feel surprisingly intimate, but its geometry results in demanding coverage requirements for sound systems-- combining the need for extended vertical and horizontal dispersion with huge differences in throw distance between the main loudspeaker arrays and various seating sections around the Hall. 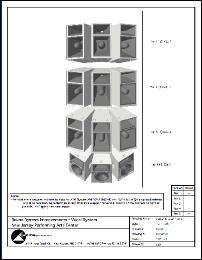 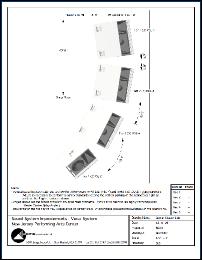 Once the supplementary equipment had been acquired, the NJPAC I.A.T.S.E. House crew installed it, and Acme Pro descended on the Hall for two days of SIM measurement Sessions to optimize new Center Array and the supplemental Side Fill, Box Fill, Front Fill and concealed 4th Tier Delay cabinets.

The new Center Loudspeaker System proved to be a big success, and is used in conjunction with the Touring Systems by all visiting Musicals, bringing a complete halt to audience complaints about intelligibility problems. It now serves, abetted by a short-stack of line array cabinets on Stage as the primary default sound reinforcement system for the Hall.

NJPAC hosts a great many high energy pop music concerts each year, and has historically rented the main PA System for those events. Following the successful rejuvenation of the Center Array System, API was commissioned to design complementary High Powered Left/Right Stereo Arrays with the goal of eliminating rentals. 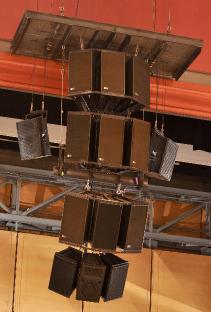 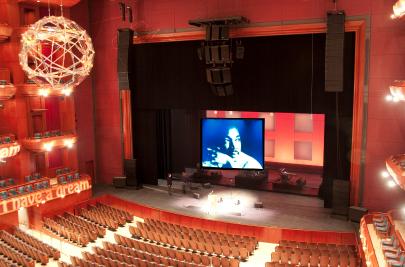 In a rare show of self-restraint we stuck with same manufacturer as we’d used in the Center Array and came up with a Meyer Line Array solution for the Stereo System. The Left/Right System makes use of both Flown and Ground-Stacked Arrays to maximize imaging (keeping the apparent source of the sound on Stage where the performers are). A total of eight high-powered Subs are available depending on the needs of the Show.

We were afforded the luxury of five days of testing with the combined L/C/R Arrays, spending three with the SIM System and following up with two days of just listening to a variety of live and pre-recorded sources with Paul Allshouse, the NJPAC Audio Chief, and making the final tweaks by ear.

The results of the extensive optimization period really paid off-- The system can get extremely loud without overloading the Hall, and the fidelity and clarity have made Client and Performers alike very happy. 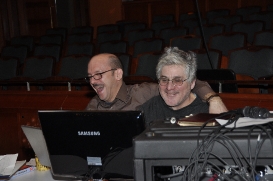 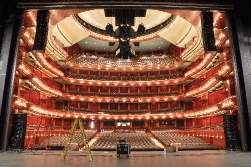 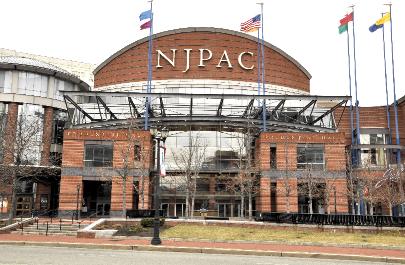