Medialon handled all commands to the Strand Rack Palette lighting system, including synchronization of fixed and moving lights during the film presentation, and DMX control of two exhibit cases with special PDLC Glass Fronts. When charged with a small electric current, the PDLC glass changes from transparent to translucent, effectively turning the case front into a projection surface, and obscuring the artifacts within.

System-wide show control was provided by a Medialon System with programming by API-Special Agent John Huntington-- the man who (literally) wrote the book on Show Control. Medialon’s tasks including synchronization of lighting and projection equipment throughout the Annex, as well as Daily Power Up/Down routines.

On entering the Annex, Visitors were greeted with an 11 minute, 7-screen video retrospective of the History of Rock & Roll, produced by Batwin & Robin Productions with a Sound Design by AcmePro. Dataton’s Watchout Media Presentation Software on customized Dell PCs, handled the audio and video playback and synchronization for the film

The Rock Annex featured a total of 46 separate automatically triggered guidePORT audio zones, about 1/3 of which were synchronized with video displayed on SONY HD LCD panels or projected by 4kW & 7kW industrial projectors on a variety of surfaces. The guidePORT System included 600 Receivers with high quality Sennheiser PX200 Headsets, housed in 6 custom Road Cases

When a Visitor crosses an audio zone perimeter boundary with a Receiver, it reads a trigger pulse broadcast by a small device called an Identifier. The appropriate soundfile for that zone begins playing immediately. If the exhibit includes video or film playback, guidePORT will automatically tune to the radio broadcast carrying the soundtrack and the Visitor can experience the combined audio-visual event in complete synchrony

The Rock Annex took an innovative approach, employing Sennheiser’s guidePORT audio tour system to give each Visitor an automated and personalized experience. guidePORT provides a high quality audio receiver & stereo headphones for each Visitor. The receiver is capable of playing pre-recorded internal CD-quality soundfiles and live soundfiles transmitted to the Receiver by FM radio equipment within the Museum. The system is unique in that it is capable of automatically triggering playback of soundfiles based on the location of the Visitor within the exhibit.

Rock and Roll is all about the Music-- but dozens of songs playing through loudspeakers throughout the Exhibit Halls would have been a cacophonous mess.

The agility thing comes into play here. Since we were working in New York, we knew we had a nearly endless supply of top flight theatre technicians nearby. We flip-flopped our installation schedule from 4 techs for 10 weeks to 10 techs for 4 weeks (in the end we actually cut paychecks for 28 installers in the final week) but we made the Opening in good shape-- and with a few minutes to spare.....

Structural problems with the Mercer Street venue resulted in a six-week delay in the fit-out schedule, but the Official Opening was ‘Cast in Stone’ and we suddenly found ourselves with 1.2 million dollars worth of AV & Lighting equipment to install in 4 weeks instead of 10..

“The Show Must Go On” is perhaps the corniest of all show biz cliches, but it is an attitude woven into the basic fabric of every theatre professional, and serves us in good stead when things don’t go according to plan on a jobsite.

Initially approached to provide a 7:1 soundtrack for a film on the History of Rock and Roll, API successfully parlayed the offer into a complete Technical Systems Design-Build agreement including exhibit-wide Audio, Video, and Show Control Systems and installation of the Performance Lighting System, designed by Available Light Inc 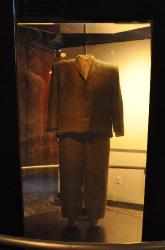 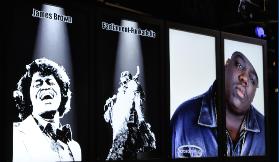 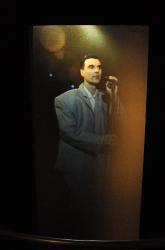 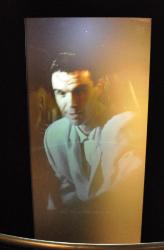 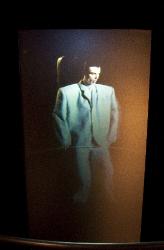 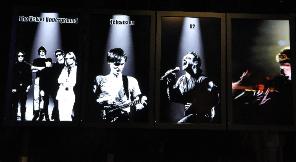 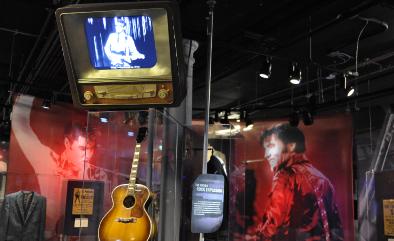 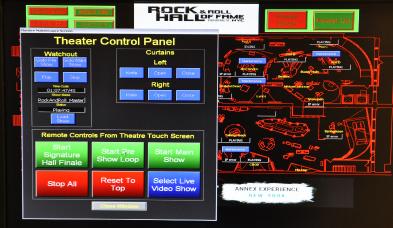 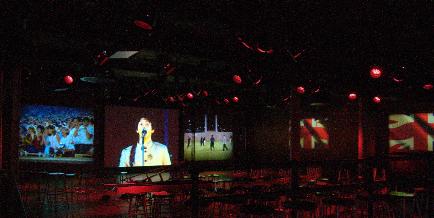 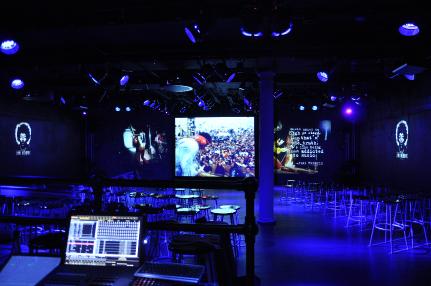 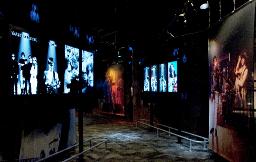 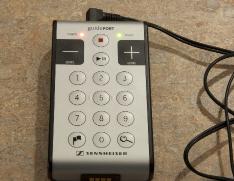 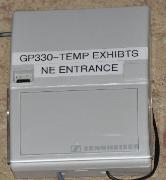 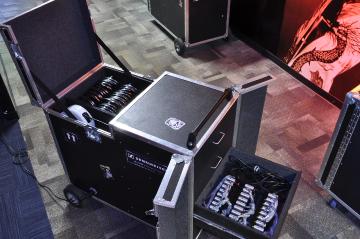 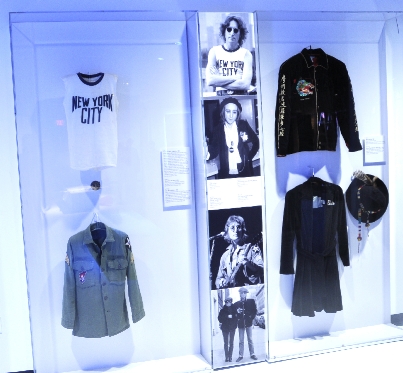 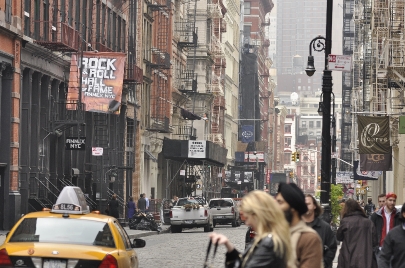